Traffic along the Yangtze, China’s longest river and a massive source of cargoes both domestically and for export, is worsening.

According to analysts at Singapore’s Eastport Research, traffic is backing up at ports near and along the Yangtze River over the past month with a severe shortage of pilots slowing vessel movements. The average time spent per vessel in Zhangjiagang and Shanghai increased by almost a day in October.

Specialised river pilots are now required to be quarantined after completing their duties, which has led to pilot shortages.

Approximately 3bn tonnes of cargo is moved by ship along the Yangtze every year making it the busiest inland waterway for cargo in the world. 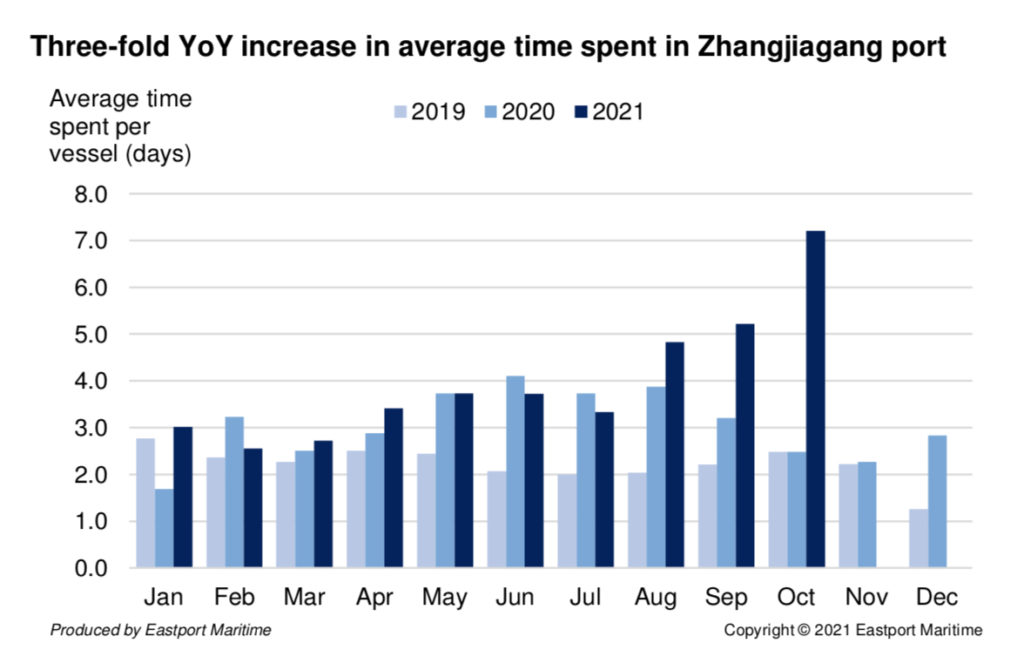 Germany to give priority for energy supplies on congested railways